Archive for the ‘Drilling Equipment’ Category: 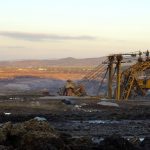 One of the techniques used in drilling is blast hole drilling. In this technique, a hole known as a blast hole is drilled into the surface of the rock, explosive charges are then inserted into the holes, and then they are detonated. The reason why this is done is to induce cracks into the geology of the underlying rocks. This cracks makes it easier to drill into the rocks. This mining technique is among the primary techniques used in surface drilling in the mining industry today. Below are some of the things you need to know about this technique if you are looking to hire a blast hole drilling company.

Inspection of the proposed site must be carried out before drilling can begin. During the inspection, the surveyors will collect data that will be used to make certain decisions with regards to the size or diameter of the hole, the type of drill to be used and so on.

The nature of the ground, soil, rock, and or minerals in question and the nature of the proposed mining operation are some of the things that will be analyzed during the site survey. The decisions made will impact the road going forward for the process.

After raw data has been attained, it will be handed over to researchers who will look into the findings and come up with a plan for safe and effective drilling patterns.

The project manager will then take over from the researchers with the safe and effective drilling patterns in hand so that he so that he can draw up the necessary drilling plans.

Actual drilling starts at this stage. By now, all the equipment needed for the drilling operation will have been procured and already delivered on-site and ready for the drilling work to start. Data provided by the researcher will provide guidance on how deep and wide the blast holes should be depending on the survey results.

Step 5 — Breaking up the rock

The drilled blast holes will be packed with explosives in this stage. The amount and type of explosives will have been determined by the recommendation of the research.

Once the rocks have been broken up, clean up will be conducted. Here, the tunnels will be cleared of debris and then reinforced.