Archive for the ‘Social Media’ Category: 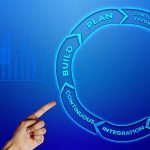 Social media is the current thing on the various companies; organizations have opted to use this platform for multiple purposes; while others find it the easiest way to reach their customer and promote their products, others want to destroy what others create. Therefore you need to have your platform well protected with the right social media management software. Some companies find social media the core part of their business success; others do not get this. Therefore, you need to understand various benefits that come with proper management of your social media platforms. The following are some of them:

With busy organizations, multiple things happen, making it hard for one to post what they are supposed to post on that specific day. However, it is among the essential things in a business organization; with social media software for management, you can always remain relaxed as you will have peace knowing that there are posts that will be made at a particular time and day. Therefore you won’t find it hard to concentrate and focus much of your time on other things. No time is wasted on doing the unnecessary; updates will be automatically done asset.

Allows ease to plan ahead

An organization will quickly plan ahead of the new content or products that should be posted over time. All your social media platforms will be kept consistent and maybe equipped with themes depending on the day of the week. Moreover, when you plan ahead of the organizational objectives, it becomes easy for your customers and other promoters to interact with your brand and make the necessary changes if any arises.

Most of the software used is equipped with analytical components; this feature is crucial to your organizational development. They will analyze the time when most of your audience is active and what they majorly focus on when on your social media platforms. This makes it easy for you to make changes necessary to suit most of their needs and satisfy their expectations. You will also find ideas on breaking down your audience demographic into various sections and delivering what they want most.
Conclusion

Businesses must adopt the use of social media management software to ensure more efficient and effective operation. You can benefit from more things and make successful in an organization that uses the current technology to make most of their projects a success and ensure that they save on money and time.

Social Media Conferences And Your Business 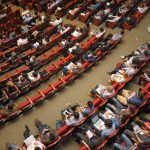 HAVE YOU EVER WONDERED WHAT HAPPENS AT SOCIAL MEDIA CONFERENCES?

HAVE YOU EVER ATTENDED ONE?

DO YOU FIND THAT THESE CONFERENCES TAKE UP TO MUCH OF YOUR EMPLOYEES ATTENTION AWAY FROM YOU ACTUAL BUSINESS?

Social Media Conferences are the networking meeting grounds for the now and future, like the water cooler in a business or office space.

So why do we say this:

In this way, at SMCs you get to meet people you never met before and are behind the very social media networks and systems you use on a daily basis and you can not only get to know the product better but also the idea behind the system and its related platform.

These relationships can even mean a better future for you even as a mutual understanding can mean you getting headhunted or vice versa and create a situation where the social media platform itself will benefit and the companies that use it on a daily basis.

The best part is no one is above the other, all ideas are considered even noted and attendees will always be opened minded to anything that comes from these SMCs.

So to go further into this SMCs have a look at part 2 of the benefits of SMCs and how it can improve not only your business but it’s relations with the companies that supply you with the tools you use daily. 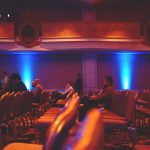 By attending this conference, you get to meet the people behind creating the social media tools and apps you use daily in your business.

It creates a scene of openness that makes it easier to communicate on a level where you can discuss the reasoning behind the tool or app which will give you an easier understanding of the usage of that app or tool and lead to you being able to use it to its full potential as far as your business is concerned.

With passion and innovation at the top of the list when this type of conference is set-up, those who present and attend are the most passionate in their ideas and products and can only lead to like-minded passionate people connecting and sharing ideas that will flow like a broken faucet.

As the idea behind social media was created for open sharing on a social level, so is this conference.

Created for basic idea and product sharing in a manner typical of the sharing on social platforms and media many like-minded people can get together and share that special idea with a passion that can only come from being in a very social arena and or manner.

With the down to earth and casual manner in which these conferences are run and presented, ideas not only flows but so do the birth of ideas and networking of those ideas.

With connections and networking made between the like-minded passionate people who attend these conferences, it leads to a relationship that crosses all boundaries and lasts a lifetime, or at least until the next conference where networking gets refreshed.

As per any type of conference, most ideas or lectures only lasts as far as the exit door but with the type of presentations and networking done at a Social Media Conference
the network and relationship building lasts as long as you decide to keep that network running which in turn keeps all lessons learned and idea-sharing lasting that long as well.

Unlike most other strictly business-minded created conferences these conferences with its social networking mannerism and idea-sharing that “happy hour” moments with its liquid courage spontaneity ideas flourish and burst into the open making long-lasting impressions and relationships a cornerstone for this type of conferencing.

Quick Ways To Learn How To Use LinkedIn Like A Pro 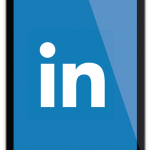 Linked is undoubtedly a valuable tool for both individuals and businesses alike. From helping employees get new jobs to helping business owners get more clients, this professional network is a resourceful tool that can achieve a lot when leveraged properly. Do you want to become a LinkedIn expert? Well, here are quick ways to learn how to use this platform like a pro.

With a good LinkedIn profile summary, you can easily market yourself to prospective employers if you are searching for new job opportunities. Create a summary that includes become a LinkedIn expert , education background, and your interests. Don’t forget to add a professional photo to your profile lest your profile ends up looking vague.

To increase your network on LinkedIn, you have to connect with other like-minded people. Connect with friends, coworkers, business colleagues and people whom you share similar interests with. You can use LinkedIn suggestions as a starting point. LinkedIn will suggest some of the people you can connect with. Also, accept connection requests from other people. But before accepting new connections, read through their profiles to see whether they are adding any professional value to your profile.

Stand out from the rest

To use LinkedIn like a pro, you have to be unique from other connections on this platform. Several things can make you stand out from the crowd. For instance, be active on the platform by writing posts, endorsing and recommending others. Yes, if begin writing posts about your industry on a consistent basis, people will start noticing you as an authority in your niche. Another easy way to stand out from other users on the platform is to congratulate people on their work anniversaries or new jobs. Give proof of your professional expertise in your specific field. Also, give insights that can help other connections.

LinkedIn is truly a valuable asset for those that know how to use it like pros. Now that you have solid ideas on using LinkedIn at your fingertips, you will ultimately leverage this platform for your maximum benefit.